As product development often goes, the solution to one problem sparked an idea for something bigger, which then became the EZ LOADER Dab Dispenser.

Way back in 2014 dabbers’ lament was, “We want a wax pen that holds more than a dab!” That’s why we developed the VDAB, a unique wax pen that stores and dispenses one gram of any full-melt concentrate, a dab at a time. (It’s fire, check it out.) Everyone was raving but after awhile there was a new lament, “Can you make an easy way to fill the chamber?”.

Fast forward to 2018 and brainstorming an easier way to fill the VDAB’s one gram storage chamber. After several ideas and testing, a sweet lightbulb moment occurred. The result is the patented EZ Loader, a simple, clean way for the consumer to handle their concentrate no matter how they like to dab. It is utility beyond storage with benefits for everyone from production to sales to consumption.

And so the journey continues. We received our patent for EZ Loader in 2022. The EZ Loader and VDAB are distributed by Squert Inc., which was founded by Myra Box, entrepreneur and cannabis lover. Squert produces medical-grade, eco-responsible delivery devices to make delicious but messy concentrate easy for patients and dab lovers to consume.

Squert’s vision is to support the legacy values of our industry by living our intention. We are offering regional exclusives to preferred companies, to be first in their market with the innovative EZ Loader.  Is your company minority, veteran, legacy, or survivors of the green war? Reach out to us! We have a beautiful plan to create a space in the market where man’s highest business ideals will help in the elevation of societal reality. 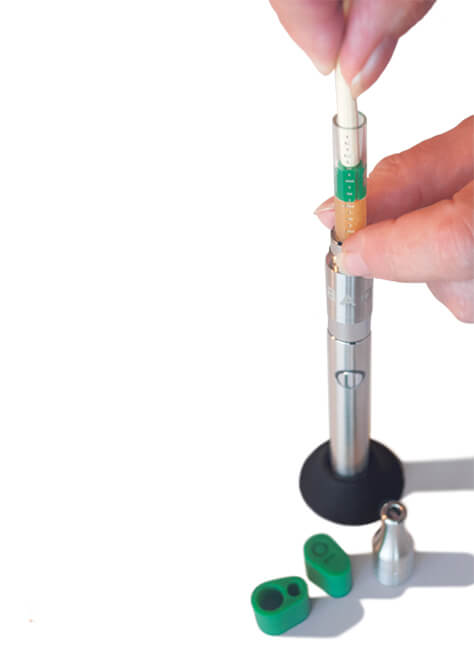